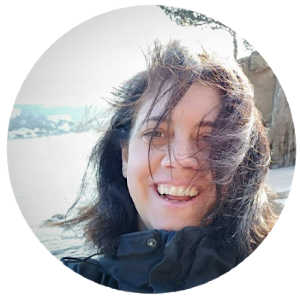 My name is Sagra Rodríguez, and I welcome you to my Rusketa blog about the art of cartonnage.

Cartonnage is the creation of useful and decorative pieces using cardboard as the primary material.

Here you will find the necessary techniques to create your own pieces and unleash your creativity.

How did cartonnage originate?

The origin of the cardboard is closely related to the manufacture of boxes. The first cardboard boxes appeared in London in the early nineteenth century, and from there the cardboard went to France, where it flourished rapidly.

In its beginnings, cardboard was a craft that was done by hand, and basically consisted of making cardboard boxes and containers for commercial use. Its function was to serve as packaging and presentation for various products: bottles, jewelry, chocolates, etc.

From the second half of the 19th century onwards, the process ceased to be just manual and progressively turned into industrial cardboard, where the production of cardboard items was no longer done by hand but by machine.

However, despite the fact that artisanal cardboard no longer has an application in today’s industry, this art continues to be kept alive thanks to enthusiastic practitioners in various countries, mainly France, Japan and Brazil.

What is the difference between cardboard, French cartonnage and cardboard crafts?

On the other hand, French cardboard or cartonnage is a specific type of handmade cardboard that is made from gray cardboard. The resulting pieces are lined with high-quality decorated paper or fabric. The mastery of French cardboard allows you to create pieces of great beauty: wallets, bags, notebooks, jewelers, seamstresses, stationery and much more.

Cardboard crafts, on the other hand, are a generic term to designate the making of objects with a free and less “strict” technique than that of French cardboard. However, in Rusketa you will rarely find the word manualidad, since it seems imprecise to me. Instead, I prefer to use more specific terms, such as cardboard toys, projects to do with children, or recycled cardboard objects.

If your desire is to learn cartonnage, welcome on board! You are about to embark on an activity that will provide you with great satisfaction and hours of entertainment.